A wave of burglaries at the luxury mansions of the rich and famous has sparked fears over the ease with which raiders are able to bypass sophisticated home security systems.

In the past few weeks a host of big-name sporting stars including boxer Chris Eubank Junior and Premier League footballer Mamadou Sakho have reported burglaries at their multi-million homes  with thousands upon thousands of pounds’ worth of property stolen.

In a raid on British middleweight champion Eubank Junior’s house in Hove, Sussex on January 22, burglars escaped with his wardrobe of designer clothes and high-end shoes but missed a diamond Rolex watch which he had left in his wash bag. 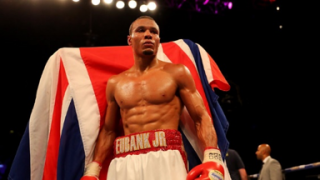 Eubank Junior was the victim of a raid

Sakho, who plays for Crystal Palace, was away with his wife Majda and their three children when intruders struck his home on a private gated estate in Wimbledon. 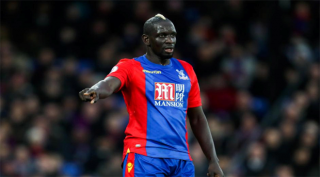 The couple, who rent their multi-million house from former Chelsea and Arsenal star Nicolas Anelka, are said to have had approximately £500,000 of property stolen including jewellery and designer goods.

Just last month Scotland Yard were called in to investigate reports that celebrity chef Marcus Wareing had fallen prey to a gang of so-called burglary tourists who had travelled to the UK from Chile. The gang targeted his £5 million Wimbledon home while he and his wife were overseas.

Neighbours in Wimbledon fear the burglaries could be the work of a copy-cat of the so-called Wimbledon Prowler who was arrested and jailed in 2014 after targeting homes in the area.

The break-ins are not just centred around London-based celebrities though. In the West Midlands footballers have also been targeted, including Aston Villa defender Neil Taylor whose luxury home in Solihull was targeted and his cars stolen after raiders smashed into his home. 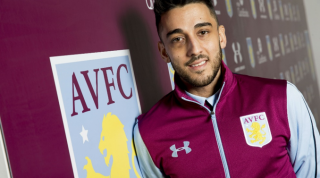 Neil Taylor had his cars stolen

Former England and Manchester United star Wayne Rooney saw an audacious raid on his £20 million mansion thwarted however when the burglars were startled by his alarm system.

Protect and Serve say: “Home alarms and CCTV provide protection and act as a deterrent but there will always be sophisticated burglars who will be one step ahead.

“We provide monitored systems which mean that if an alarm is activated, we can have someone at the premises within 20 minutes. It is impossible to say we can stop every type of intruder but the more deterrents you have the more likely it is that your home will be safe.

”As a customer-focused company in an ever-changing world, we are always proactively assessing and responding to changes that affect the wellbeing and security of our customers.

“Our UK-wide geographical footprint means we can meet the demand for protection, care and security of anyone of any age or walk of life, with cost-effective security and a guaranteed response when and where needed.”

Categories: Protect & Serve
Prev postNext post
All at Protect and Serve would like to offer our deepest sympathies to Her Majesty The Queen and
Read More
Staff at Protect and Serve “egg-celled” this Easter when they made a donation to the Spitfire Centre in
Read More
We are deeply saddened to learn of the passing of Captain Sir Tom Moore – a national treasure,
Read More
At Protect & Serve, we are committed to our customer’s safety. As a part of our dedication to
Read More
Homeowners are installing security systems at a record rate due to anxiety over the safety of their homes
Read More
Following the latest government guidelines, Protect and Serve has taken the decision to close its offices so that
Read More
Back to Top
Call Now